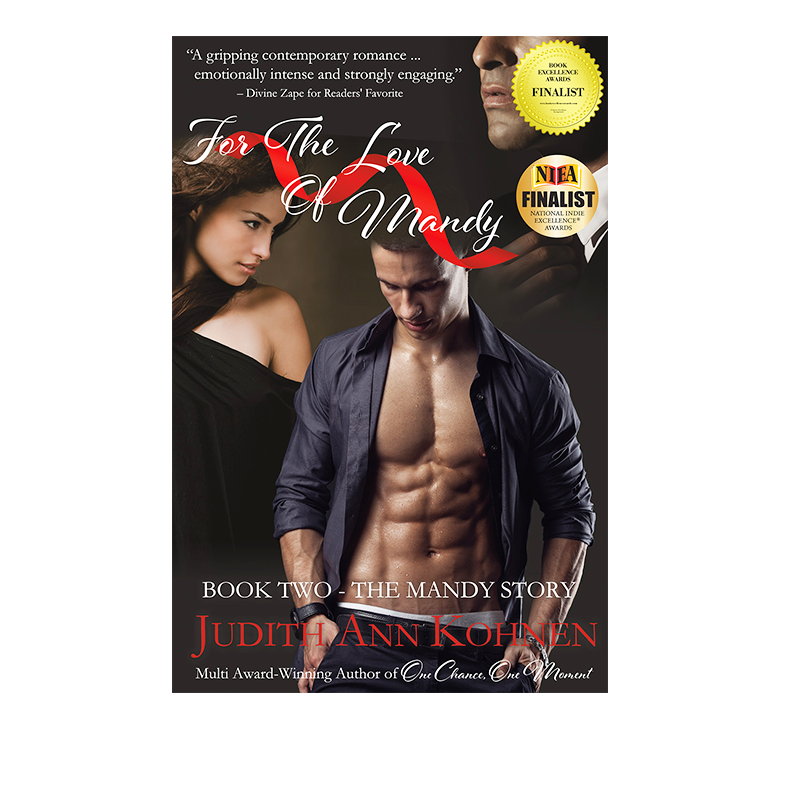 "... a gripping contemporary romance. For the Love of Mandy is a page-turner with characters that feel real and that instantly win the reader's sympathy; it is emotionally intense and strongly engaging" - Reviewed by Divine Zape for Readers' Favorite

"Few authors have Kohnen's gift for imbuing realistic and ﬂawed characters with so much humanity. This is a densely plotted, fast-paced novel, packed with emotionally rich moments. It is as riveting as it is entertaining. A must-read for fans of contemporary romance." - Reviewed by Romuald Dzemo for Readers' Favorite

The long-awaited sequel to the fourteen-time award-winning novel, One Chance, One Moment, is now available! For The Love Of Mandy takes off from where Book One ended, continuing The Mandy Story.

Amanda Fields is caught between conflicting desires and a situation beyond her control. She has only her intuition to trust as she sets off on a perilous journey of sacrifice and love, even though it means walking away from the one man she wants most in the world.

Just when Garry Danzlo has realized what a fool he was to let her go and boldly takes the step to reunite them, another man who loves her just as wholeheartedly has snatched her away. Against all odds, Garry sets out on a daring and dangerous quest to get back his Mandy.

"One Chance, One Moment" combines with its sequel, "For the Love of Mandy" in this new box set edition.

Book One of the Mandy Story - "One Chance, One Moment" - is packed with romance, humor, drama and adventure.

Book Two - "For The Love Of Mandy" - continues the romantic adventure, unfolding truths held back in the first book, bringing the reader more intrigue and suspense.

Although Book Two can stand on it's own - winning two awards without judges reading the first - most readers prefer not to miss out on the prequel as it brings the story full circle. 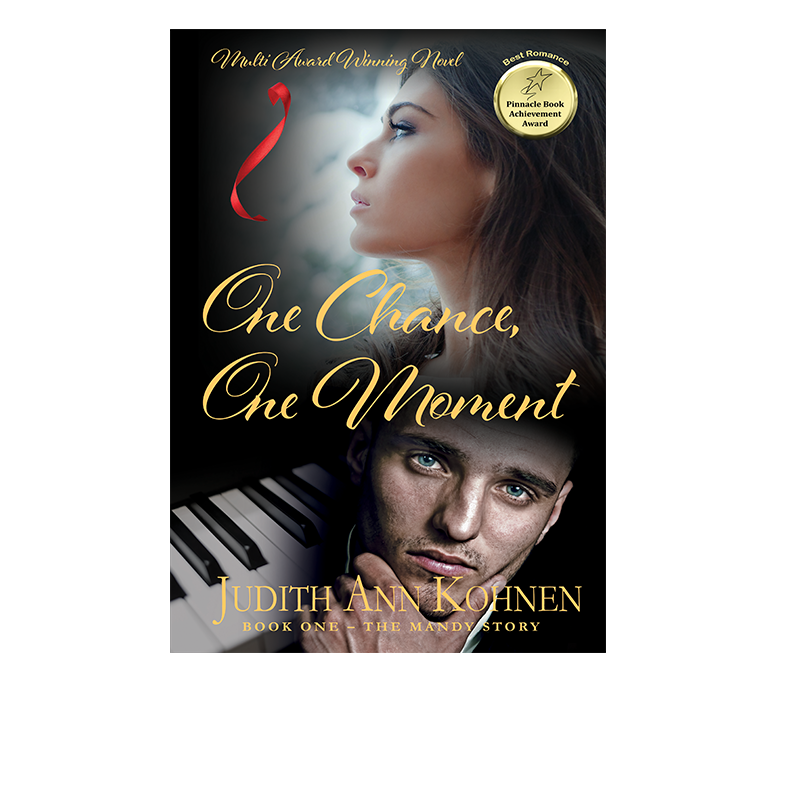 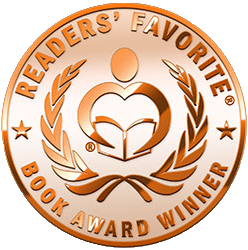 Renowned singer/musician Garry Danzlo, guilt-ridden over his father's suicide, has lost his will to live after a debilitating accident halts his entire career. He wants nothing more than a life of solitude, but his loving, mischievous sister has found the perfect nurse to rehabilitate him. Garry is determined he's going to get rid of her.

Fun-loving nurse and holistic healer Amanda Fields has a dream. Widowed after a loveless marriage, she wants more than anything to adopt an eight-year-old, wheelchair-bound boy named Robbie. The two have made a pact to be together soon. In need of funds to make it all happen, Amanda believes this temporary job in Colorado is the miracle she's been waiting for - her one chance to make their dreams come true. But what she has to contend with is far more than she ever expected.

One Chance, One Moment Reviews

"A creative, light-hearted yet riveting story that is destined
to be a romantic classic." - Anita Lock for IndieReader

"A love story that will capture the romantic at heart while weaving
thrills throughout the plot - creating one thrilling read."
- Allbooks Review International

"... impossible to put down. Fans of romance will find themselves absolutely
riveted by the story as the suspense and tension become as unbearable
as it is for Garry and Mandy." - Book Reviewer List

"...hated to see the story end. Wonderful work, wonderful presentation.
Would I recommend this book to others? ABSOLUTELY!"
- Magic City Morning Star News